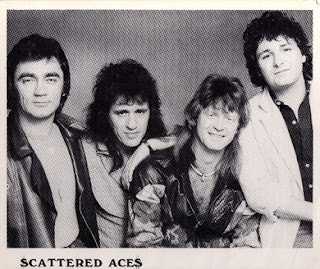 In August 1983 Peter Wells (ex-Buffalo, Rose Tattoo), on guitar, formed Scattered Aces (styled as $cattered Aces) with Paul De Marco aka Fred Zepplin on drums (ex-Chris Turner Band); Ronnie Peel on bass guitar and lead vocals (ex-The Missing Links, Pleazers, The La De Das,); and former Buffalo bandmate, Chris Turner, on guitar and vocals (ex-Drain, Buffalo). The group issued a six-track extended play, 'Six Pack', on Big Rock Records in April 1984. They followed with a cover version of Eddie Cochran's 1958 song, "C'mon Everybody", as a single but they had broken up by mid-1984. Peter Wells died of prostate cancer in 2006. 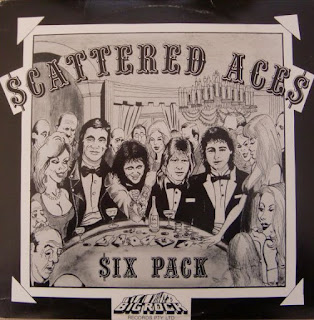