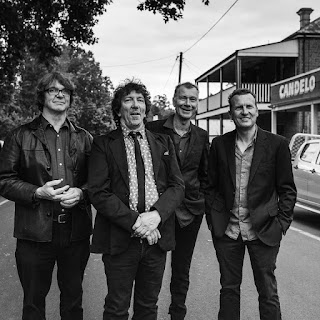 The Gadflys were formed in Canberra in the 80s. The band emerged amidst the unlikely yet burgeoning Canberra punk scene, they soon transcended the strictures of punk and ’80s synth pop to develop a unique style. Opting to play acoustic instruments – classical guitar, clarinet and double bass – their sound became less abrasive and more melodic though they still retained the urgency and energy of punk.

Founding members Phil and Mick Moriarty’s dad played clarinet in a band called Clean Living Clive’s Good Time Palace Orchestra. He had a record of Benny Goodman performing “Sing Sing Sing” at Carnegie Hall, with Gene Krupa’s drums pounding away like a runaway freight train, a big influence on the boys. The brothers developed an enthusiasm for the tambourine rhythms and melodic thrills of ’60s Motown. They both admired the straight-shooting singing styles of Iggy Pop and Shane McGowan. Mick coined the term Mongrel Jazz to describe the blend of blues, klezmer, skiffle and cool jazz, underpinned by righteously rootsy grooves, which formed the Gadflys sound over four albums two EPs.

After 15 years of constant touring and gigging, the Gadflys’ fortunes were boosted courtesy of a three-year stint on Paul McDermott’s satirical TV panel show Good News Week. Playing original tunes live to camera, they soon won over a legion of new fans. The GNW gig showcased the instrumental verve of musicians at the top of their game. The band also backed well-known artists Neil Finn, Steve Harley, Glen Tilbrook, Diesel and Yothu Yindi. Recently teaming up with long-time band members Elmo Reid on bass, and Pete Velzen on drums, the Moriarty brothers have recorded the first Gadflys’ album in 19 years, 'Love & Despair'. A single, “Deborah” was released October 2019 . 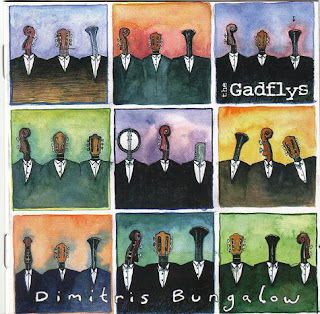