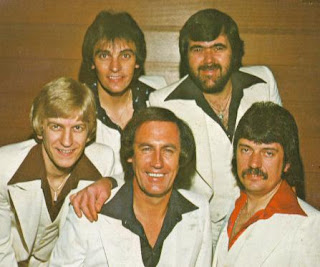 The Blue Echoes were one of the longest surviving groups, having stayed together in various line-ups for twenty years spanning early 1964 to late 1983. Even though they were considered as one of Australia’s longest surviving groups, they never got going until the 70's and really only gained a reputation as a Victorian pub group after consolidating their lineup with : Ray Eames on guitar, Ray Quon on keyboards, drummer Ron Chapman, vocalist Phil Golotta and Chris Stuttard on bass. Phil Golotta was also a successful songwriter, penning Jamie Redfern’s ''Hitch A Ride On A Smile'', a song which won the 1973 Australian Popular Song Contest.

Their only charting hit was with one song which hit #37 in 1973 and stayed on the chart for only one week and that was ''Going To A Party''. It sold particularly well amongst Melbourne hotel-goers (drinkers). The band also released two successful albums: 'Dancing In The Street' and 'High-Heeled Rock N Roll'. In 1977 Phil Golotta and Chris Studdard left and the remaining members recruited ex-soloists Rod Kirkham (Young Talent Time fame) and Robin Jolley into the line up as well as changing the band's name to The Echoes (not to be confused with the 60's instrumental combo from Sydney calling themselves The Echoes. 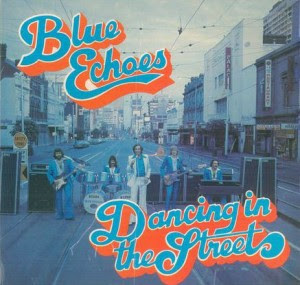