MIKE RUDD AND THE HEATERS 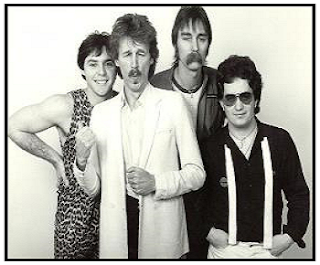 After the demise of Ariel in 1977, Mike Rudd moved into promotion and production for a time. He produced the debut album for Newcastle bands Daniel and Jab and demos for Jane Clifton (ex-Melbourne band Stiletto). In 1979 Rudd and ex Ariel band members Bill Putt and Tony Slavich formed Mike Rudd & The Heaters. The band signed to Mushroom Records and issued its debut single, ''Australian Girl'' in early 1980. In May 1980 the band became a four piece with Tony Fossey and Robert Dillon joining. The Heaters played a mix of pub rock and pop and were popular on the Melbourne and Adelaide scene. They toured the country and appeared on Countdown and Hey Hey Its Saturday and played in front of 40,000 people at the Myer Music Bowl for the Mushroom Evolution Concert. The band's debut album, 'The Unrealist , produced three singles, ''I'm an Animal'', ''Laser Love'' and ''Love Comes and Goes''. The records were not successful and The Heaters broke up in June 1982. 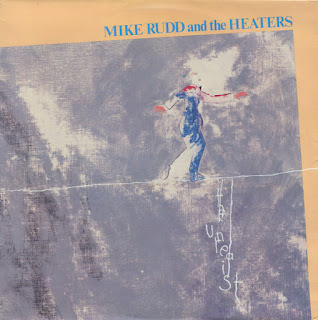 Email ThisBlogThis!Share to TwitterShare to FacebookShare to Pinterest
Labels: 1980s, Mike Rudd and The Heaters