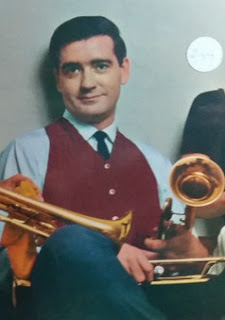 Billy Burton was born in London in 1932. His father spent many years with the famous Joe Loss Band touring overseas countries under the ENSA banner (Entertainment Of National Servicemen Abroad) entertaining mainly the troops on the continent. Whilst his father was touring his mother set to work at the Barrage Balloon Factory at Manchester leaving Billy with his sister in Staffordshire. On hearing of the bombing in Manchester at the height of WW2 Billy was naturally concerned about his mother's welfare and decided to move there with the help of friends and family. After two years living in Manchester Billy joined the RAF when he became of age.

His return to London saw him as lead trumpeter with the Ambrose Orchestra. This led to greater experience in many other well known bands including those of Frank Weir, Oscar Rabin, Eric Delaney, Cyril Stapleton and Joe Loss. Burton played lead trumpet on the soundtrack to the movie The Key (1958) starring William Holden and Sophia Loren. During August 1958 after five years of non-stop touring he emigrated to Australia and joined the Bob Gibson Orchestra. In 1962 fellow countryman Eric Jupp hit the shores of Australia and began a radio and television program featuring Billy Burton. His other TV appearances included: Sing Sing Sing, Studio A, Bobby Limb's Sound Of Music and he was the featured soloist with Eric Cook and his orchestra on the ABC. Burton formed his own band called The Billy Burton Seven who appeared regularly on ABC's Jazz Club and Six O'Clock Rock.

Burton was signed to the Festival label and his first album 'The Billy Burton Brass' (1966) earned him the coveted DIGMO Award for Best Australian Instrumental. A single was lifted off the album '' Lara's Theme From Doctor Zhivago" followed by an EP. His follow up release was 'Polished Brass'. In total Burton recorded nine albums.

In 1965 he signed a contract with Denis Wong as resident band leader at Chequers night club supporting international acts like Kay Stevens, Leslie Uggams, Bobby Rydell, Dusty Springfield, Tony Bennett, Tom Jones, Shirley Bassey and Neil Sedaka to name a few. He also featured on the theme tune, ''My City of Sydney'', for The Tommy Leonetti Show in which he was the bandleader for the show. At the time of writing Billy is still playing trumpet at 87. 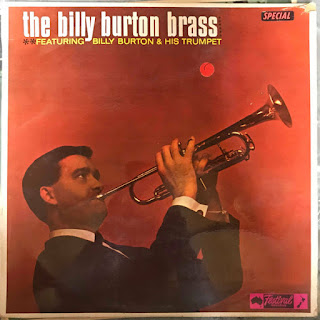