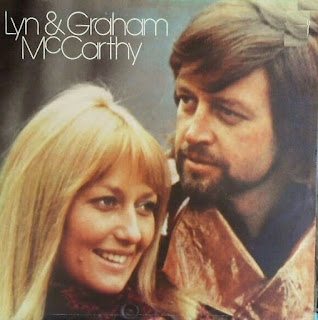 Husband and wife team Lyn and Graham McCarthy were among the earliest players on the Adelaide folk scene; they took their neo-Nina & Frederik-style act to England in 1963. So successful did it prove during a two month tour of Scotland that the couple opted to turn professional and they became fixtures on the London folk club circuit (making more than three hundred radio and TV appearances, and four LPs). Their first album, 'Way Up from Down Under' (1966), teamed Australian songs like ''The Wild Colonial Boy'' and ''The Overlanders'' with such perennials as ''Fare Thee Well'' and ''The Times They Are A-Changin''. The McCarthys’ subsequent releases contained increasingly middle-of-the-road material, much of it written by Lyn, but Graham did record an album of 'Best-Loved Folk Songs 'in Adelaide – backed by Rob McCarthy and Phil Cunneen – when the pair returned home in the 1970s. 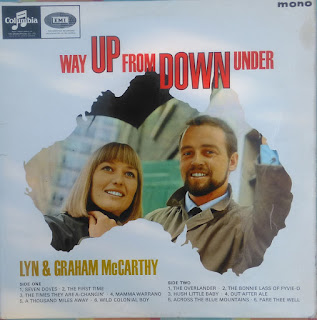