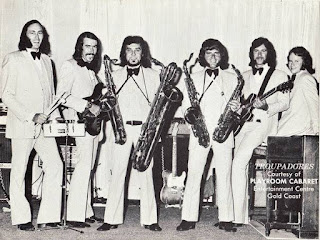 Formed in Perth, Western Australia in the early 60s with Jimmy Lee on bass, Lloyd Abeysekera on piano, Peter Bull on rhythm guitar, John Lemin on lead guitar and Peter Hannan on drums. The band went through many lineup changes during its tenure and had many excellent musicians pass through its ranks. The band had it all: presentation, sound, harmony and were regulars on the night club scene most notably West End, Top Hat, Chequers, Two Eyes, Pinocchios and the Waldorf. They supported The Rolling Stones in Perth in 1965. In 1969 they travelled to Singapore with singer Lynne Mather. Advertisements in the Straits Times from May 1969 show that they appeared at a number of different clubs, including The Kelong at The Cathay Hotel (‘Singapore’s finest entertainment rendezvous’), and The Moonshine Nite Club at Ocean Beach Hotel (said to be an exclusive new dine and dance spot that had just opened that month).

They recorded on the Clarion label in the 60s and on the M7 label in the 70s. The band played the first live TV show from the Sydney Opera House in 1973, alongside Barry Crocker and Normie Rowe. The 1970s saw the group relocate to the Gold Coast where they were hugely popular and successful especially at The Playroom and the Surfers Paradise Beer Garden.  By the end of the decade some members chose to return to WA. The band reunited in 1999 with their main line-up of 1974 era. Today, The Troupadores perform only a handful of shows each year but still provide to their audience their sensational music, songs and on stage presentation. John Hossen died from heart failure in 2007. Doug Wilkinson died in 2010. Lloyd Abeysekara died in 2017. 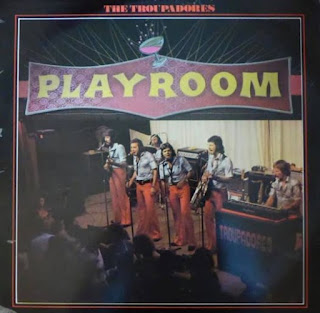