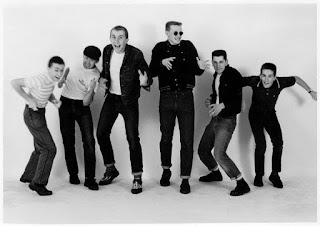 One of the first ska bands formed in Australia, No Nonsense came out of Melbourne. No Nonsense emerged from an early ska band called Dicky Moron and the Rude Boys, which had a name change from Dicky Moron and the Four Skins. Both bands were fronted by lead singer Richard Bruce. It is debated whether other Melbourne ska band, Strange Tenants or No Nonsense was formed first, but either way it seems there was only a couple of months between both bands forming in 1981. After a year and a half as purely a live band, No Nonsense ventured into the studio, emerging with their first EP, 'Utter Nonsense'. The EP (although admittedly of poor quality) sold over six thousand copies on the Man Made label which then gained the attention of EMI records which then took over the contract and re released the EP to a wider audience then selling another seven thousand copies. Eventually giving up their day jobs and turning pro, the band released their first proper EP, 'A Round Tuit' which was produced by Little River Band guitarist David Briggs. The EP featured two of their own compositions and a version of the theme from the 1970s Hawaii Five-O TV series.

No Nonsense played mainly at venues of the early 1980s Melbourne ska scene like the Aberdeen Hotel (an old hotel in Fitzroy later to be renamed the Loaded Dog). They toured Sydney playing at The Manzill Room, Mona Vale Hotel, Sydney Trade Union Club, The San Miguel (with The Allniters) plus other NSW venues. The band also featured at the 3XY Rocktober concert in 1984 playing on the same bill as Skyhooks, Uncanny X-Men, Australian Crawl and Richard Clapton. No Nonsense would eventually release a single "Simple Needs" in 1985 which would achieve little, and the band would then undergo further line up changes, culminating in their eventual demise in 1986. 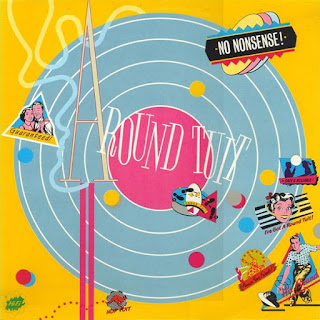 Email ThisBlogThis!Share to TwitterShare to FacebookShare to Pinterest
Labels: 1980s, No Nonsense