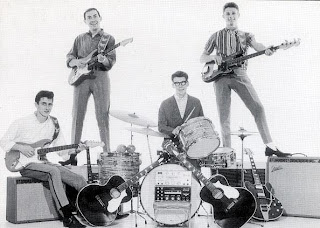 Sixites instrumental surf band that formed in 1961 in Sydney from the remnants of two groups, Paul Dever and the Denvermen and Digger Revell and the Lonely Ones. The new group experienced even more changes in its line-up before settling on a combination that remained intact for most of their recording career. The group played a mixture of vocal and instrumental songs. At first they organized their own dances but then local promoter Bill McColl took over as manager.

He quickly secured them a regular gig at the Bankstown Capitol Theatre dance. He also arranged for their television debut appearance on Six O’Clock Rock. Throughout 1961 they performed continuously, gaining experience and a following. In 1962 they cut their first two instrumental recordings in a small studio in the city. They took their recordings to EMI Records who signed them to their subsidiary label HMV Records. The debut single, ''Outback b/w The Mexican'', attributed to Digger Revell's Denvermenwas released in late 1962 but unfortunately it was a flop. They met Johnny Devlin when they backed him at the Teen Canteen, a teenage dance club located in Pitt Street, Sydney. Their next single was an instrumental called ''Surfside'', which was written and produced by Johnny Devlin.

It became a national hit for one week in early 1963 and was subsequently released in the US, UK and South Africa. They were the first group to achieve Australian chart success with a surfing instrumental, months in advance of any American releases. Johnny Devlin took over as the group’s manager and guided them through their most successful period. He wrote and produced the group’s next Top 40 hit singles an instrumental called ''Nightrider''. The band recorded one vocal track called ''Building Castles In The Air'' that was credited to Digger Revell with The Denvermen. Johnny Devlin signed the band to the RCA label where he used them minus Revell, as a backing band on his own live performances and recordings.
With the onslaught of Beatlemania in 1964 the band with Digger out front changed tact and became a 'beat' band. The band continued to record instrumentals as well. Their 1965 cover of The Everly Brothers' "Bird Dog" was the group's first vocal recording without Digger. Their final recording with Digger and their last for RCA was ''I'm Gonna Send You Back To Georgia''. Digger left the band for a solo career at the end of 1965. He later formed his own band (The Digger Revell Revue) who toured Vietnam and the USA. During this time bassist Alan Crowe was replaced by Kenny Kramer. The band had a gig at the well-known Yagoona Pub and became the resident band there. Les Green left after about 4 months after he was offered a spot in a band called The Sundowners – a NZ show band that featured singer John Rowles.
Frank Kennington (ex Missing Links) and Mick Liber joined the band and they continued on when another lineup change occurred when Alex Ihasz decided to leave the band and move to Canberra. This final lineup of The Denvermen moved back to HMV and released their last single "I Can Tell" and evidently broke up soon around the time that the single came out. Kennington and Liber formed the first version of Python Lee Jackson in December 1965. Drummer Phil Bower died in 2015. Les Green died in 2016.
Members 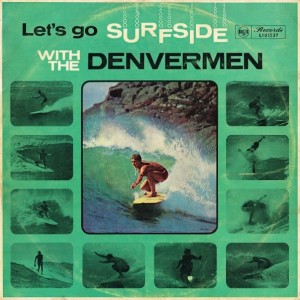