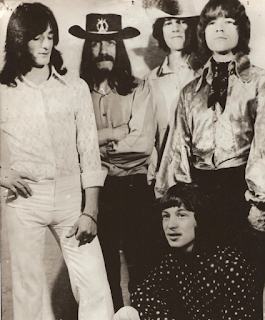 1960s Sydney wild rock band The Creatures morphed into The Chocolate in 1968. The Creatures were something of a sensation with their assortment of coloured hair at a time when moderate long hair was just becoming acceptable. They released a couple of singles attaining cult status with a big following.
When they moved to Melbourne and renamed themselves The Chocolate they added Randall Bourchier on keyboards. Managed by David Flint they gigged at all the main Melbourne disco venues like the Thumping Tum, Garrison and The Catcher. The band also did a rooftop gig at Myers with The Masters Apprentices. The band did occasional interviews leading to articles in the weekly rock magazine Go-Set and they appeared on TV  – Fred Bear’s Breakfast A Go-Go, and the Saturday morning music show, Uptight.

The band recorded one single on the Festival label, ''It's Been A Long Time Coming/I'm An Animal'' in 1969. Soon after lead-guitarist Greg ''Sleepy'' Lawrie left Chocolate to form Carson County Band and was replaced by Mick Diggles. Eventually the band folded in 1970 with Diggles and Bourchier joining Luntch and Herman Marcic moving back to Sydney to join Toby Jug. Keith Matcham died in 1982
Members 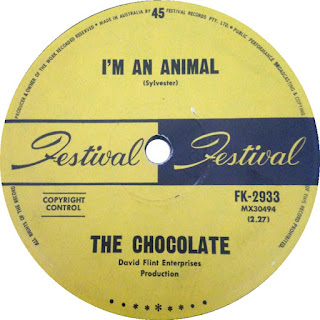 Randall Bourchier
Posted by kimbo at 15:28